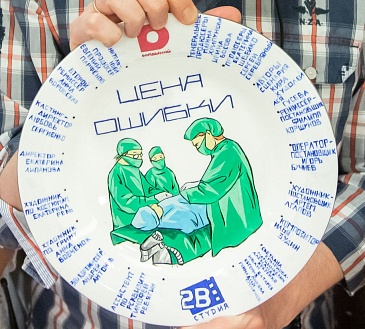 On May 11, 2021, "Studio 2V" has started the production of a 4-episode melodrama "The price of a mistake", commissioned by Domashny TV channel.

The shooting process is taking place in St. Petersburg.

Olga is an outstanding pediatric neurosurgeon. Strange things start happening in her life. It seems like the fate had turned against her: she finds out about her husband's betrayal with a young housekeeper and the pregnancy of this woman; at work Olga is accused of bribery, her reputation is crumbling... The only person who supports Olga is Nikolai, who redecorates her apartment. He behaves like a real man. Olga falls in love with him... But, as it turns out, Nikolai came into Olga's life not by chance. All the events that take place in Olga's life are the result of his revenge plan...