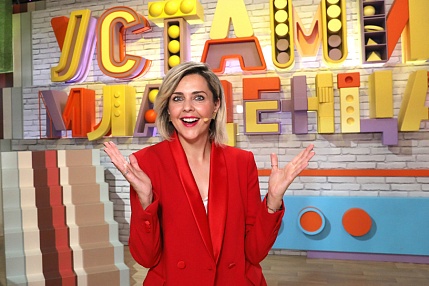 The popular show Child's Play is back! It will be hosted by Olga Shelest.

In the show adult contestants try to guess words based on definitions given by children. Which can be a daunting task when a child says something like “It’s when you run around and wave your arms back and forth" to describe "arms race".

The show first aired in Russia in 1992. It won a Golden Ostap as The Best Entertainment TV show and has numerous TEFI nominations.